We were fortunate enough to be able to purchase this Okawa Shiro Utsuri as Tosai from Okawa Koi Farms Tategoi,it was left as Azuakri and when harvested as Nisai it simply looked amazing and the breeder informed us that it really should be entered into the All Japan Koi Show. This then went to the AJKS and was placed second which in itself is a massive achievement considering the sheer number of quality Koi you go up against, it then went to the following Fukuoka Young Koi Show and was awarded Grand Champion in which we were simply over the moon about and has rarely if ever been achieved with a Non Go Sanke, it was then due to challenge once again at the AJKS but 2 weeks before the show the Sumi just dropped a little so the breeder thought we should not take it,remarkably very shortly after the show it returned to its full glory but that’s the way it goes sometimes,that’s showing Koi for you…..it has since been awarded a 1st in size and variety at another show and currently resides in Japan and measures approx 70cm. 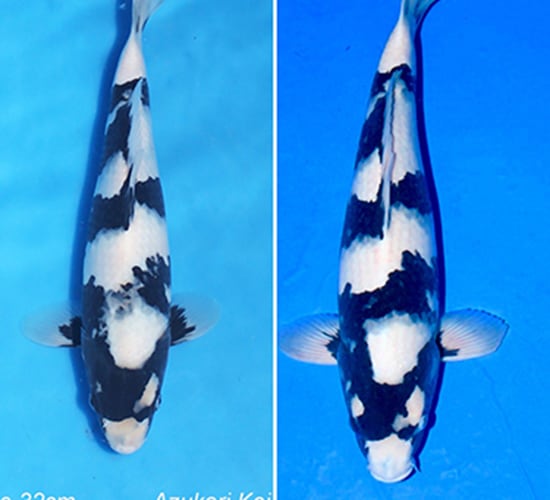 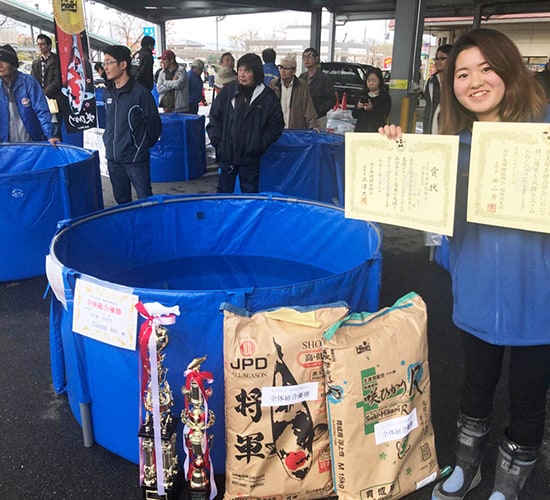 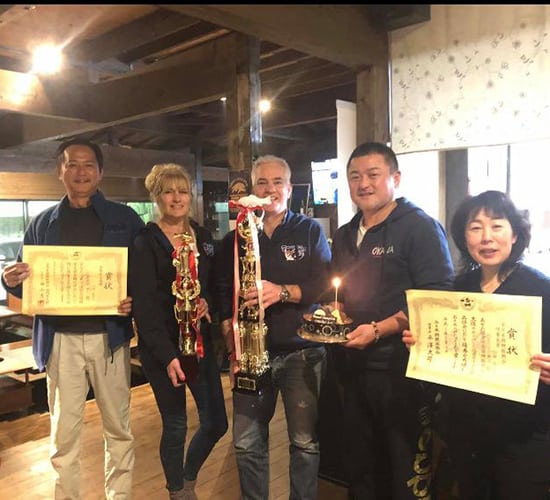 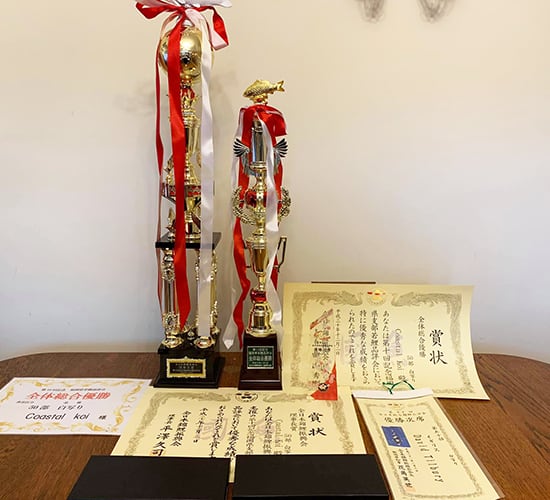 Okawa Kohaku we purchased when Nisai from Okawa Koi Farm in 2021, the breeder then entered it into the Kyushu District Koi Show at 55BU and it was awarded 3rd place, another very pleasing result in Japan especially when you take into account the numbers of very high quality Koi that get entered from many of the top breeders in the south of japan. 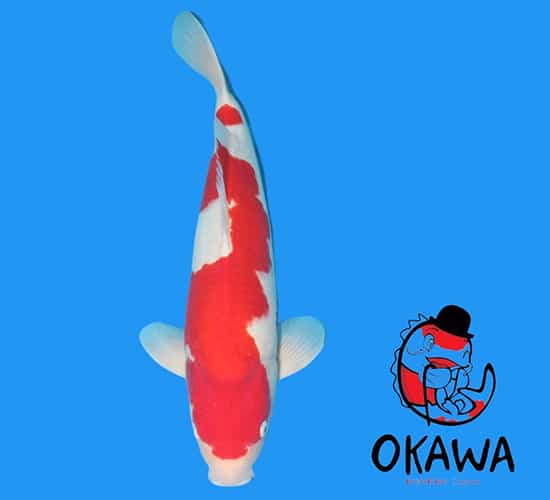 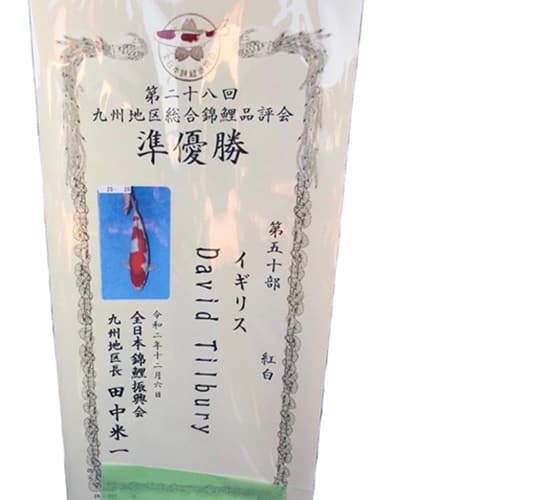 Okawa Tosai Shiro Utsuri which was entered into the AJKS in 2020 in the 25BU size and was awarded 2nd place,so pleasing especially after visiting the AJKS and seeing first hand the sheer number of excellent Shiro Utusri that were also entered in this size from many of the top breeders in Japan. 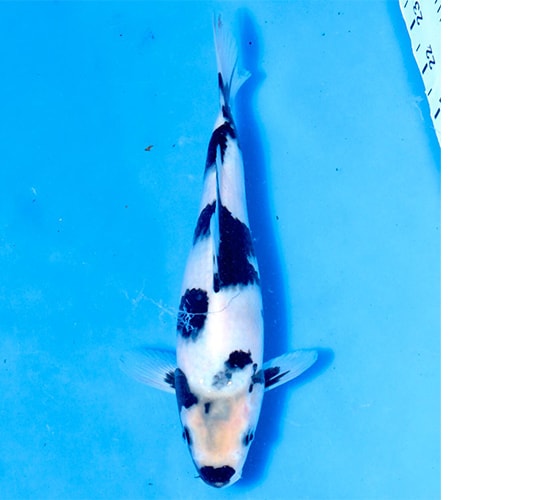 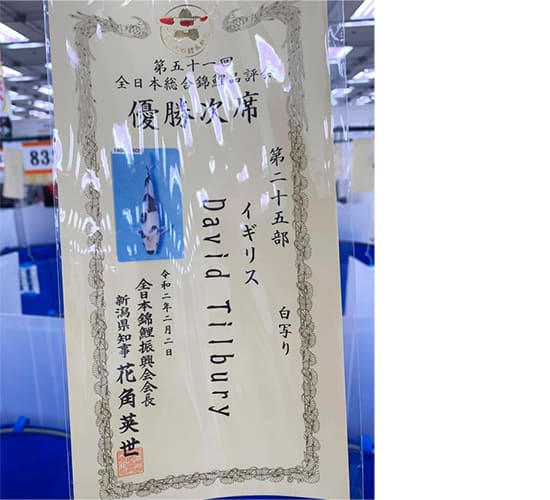 Outstanding quality Kohaku from Okawa Koi farm,this was awarded Adult Champion at the BKKS National Koi Show where the competition is very competitive indeed for this particular honor,it was purchased on our Tosai trip in spring and subsequently purchased by Andrew and Penny Morby and what a fabulous job they have done in raising this koi to the level it is,it also proves you don’t always have to spend a fortune to not only compete in Koi Shows,but to win awards also,this Kohaku was under £250.00 and what a real bargain this has turned out to be it is also male so please don’t believe all the hype that you have to look for female Koi only if you intend Showing simply not true as so many of the awards are won by male Koi. 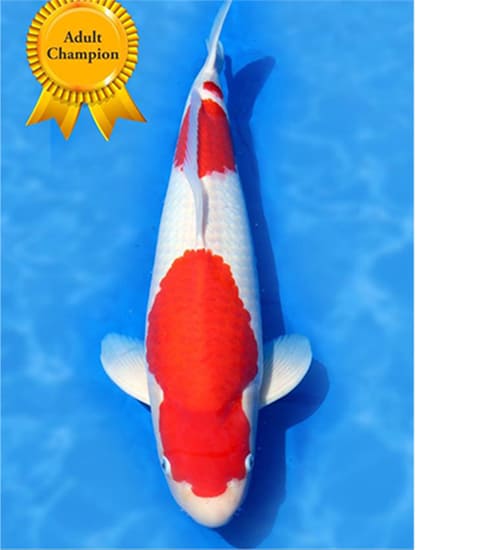 Outstanding quality Shiro Utsuri from Okawa Koi farm,this was awarded Young Champion at the All England Koi Show where the competition is very competitive indeed for this particular honor,this was purchased on our Autumn harvest buying trip and subsequently purchased by Emma-Jayne and Philip Dave and what an excellent job they have done in keeping this koi to the level it is, 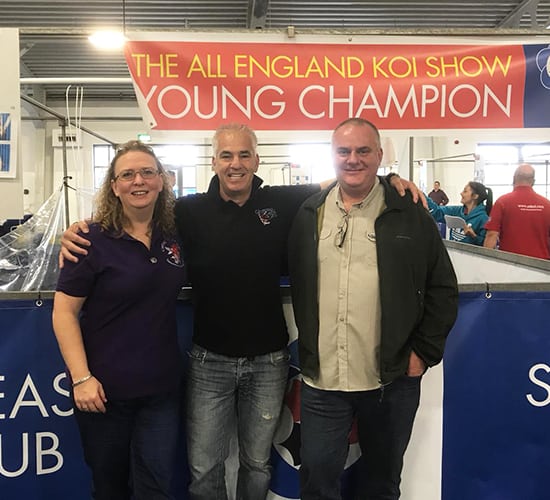 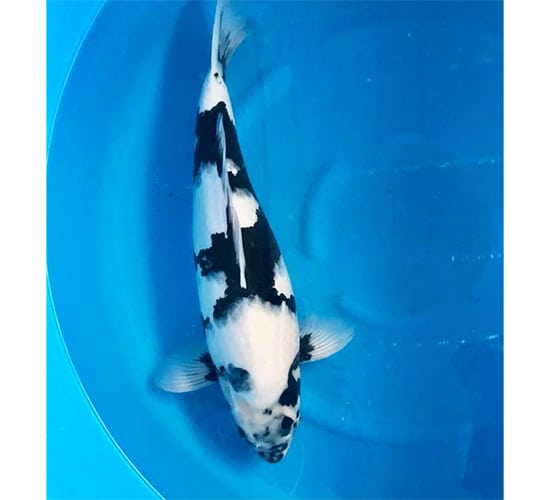 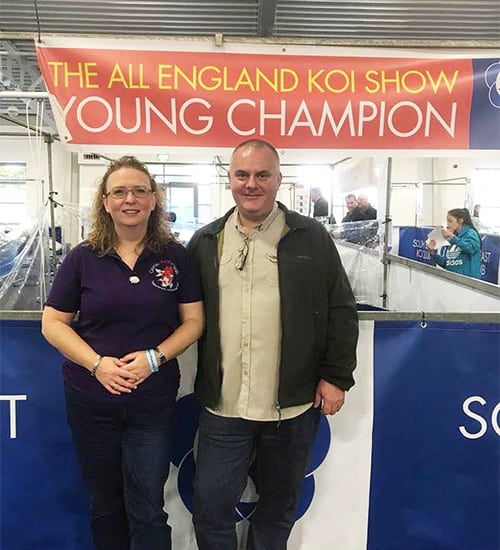